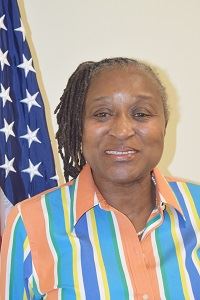 Lakeitha K. Reeves, a native of Thomaston, Georgia, represents the City of Thomaston Council District 1. Ms. Reeves began serving in January 2016. Ms. Reeves previously served as Council for District 1 from 1990 to 2000.  She is currently serving her second term of office.

Ms. Reeves is a 1977 graduate of R.E. Lee Institute. She received a degree in Business Administration from Bennett College for Women in 1981, a Master’s Degree in School Guidance and Counseling from Fort Valley State University in 1990, and received a Master’s Degree in Public Administration from Columbus State University in 1996.

Councilmember Reeves worked as County Clerk for the Upson County Board of Commissioners from 1986 to 2000. She also worked as City Clerk for the City of College Park from 2000 to 2012. She retired in 2012 and relocated back to Thomaston.