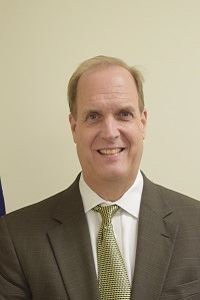 Mr. Head was elected in 2003 as Mayor Pro-Tem (Councilmember At-Large) and is currently in his fourth consecutive term on the Thomaston City Council.

Mr. Head is a graduate from R.E. Lee High School in 1973. Mr. Head earned a B.B.A. degree from University of Georgia in 1978. Mr. Head also completed the Georgia Bankers Association Commercial Lending School in 1997, Kennesaw State University’s Graduate School of Banking for Community Bank Management in 1998 and is a 2011 graduate of the Louisiana State University Graduate School of Banking.

Mr. Head began his community banking career at C&S Bank in 1983. He joined Bank of Upson in 1995. Mr. Head is currently a Senior Vice President of SouthCrest Bank and Market Leader in Upson and Meriwether County.